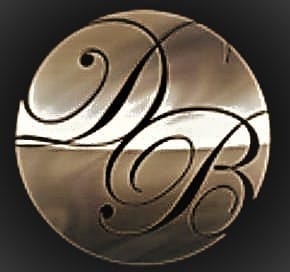 Doval Bacall grew up in the inner city of Detroit, Michigan. His ocean sized appetite for learning, and burning desire to succeed motivated him to educate himself and learn the foundation and skills necessary to become a successful writer/producer. He believes that you can never think of yourself as a master of any trade or skill, as it stands in the way of improving yourself. Always thinking like a beginner to be able to continue learning, improving, and make each day count.

In 2018, after a lengthy career in the Real Estate world working in a team referred to as “The Bacall Brothers” team, with over 120+ million in Real Estate acquisitions and developments in multiple categories. Dozen plus top hotel brands such as Marriott, Hilton, IHG and Choice Hotels. Over half dozen restaurants, and big retailer brands and shopping centers encompassing over 1 million plus in square footage. Recently acquired, in December of 2018, a local burger franchise which the team plans to grow the chain and develop on a national level, and the list continues to grow!

After a successful run creating what is known today as the Bacall Capital, Doval Bacall has shifted his laser focus attitude to the Filmed Entertainment Industry. Always has been his passion, now he will turn into a reality. Doval Bacall Films is born.

Doval Bacall always believed that in order to be successful, you have to help others, along with your surrounding team to succeed in order to be labeled as a success, therefore, he agreed to sponsor “Your Script Produced !” Worldwide Screenwriting Competition. Mr. Bacall will finance the production of the Film category Grand Prize winner and fund the entire budget of $250,000.00 USD beginning in 2019. Mr. Bacall will finance production, and co-produce the film, along with other seasoned producers in the Filmed Entertainment World.

“Your Script Produced !” Worldwide Screenwriting Competition Is very unique, it helps give a creative writer/filmmaker their shot, and Mr. Bacall believes we all are unique in some sense, and he wants to help discover, launch, and provide a platform that is dedicated to giving a shot to those so creative, that Hollywood refused to give that one shot, one opportunity, for that individual to get discovered and launch his or her career.

If you have a script, and want to get produced, then submit your script to www.YourScriptProduced.com to get discovered, get noticed, GET PRODUCED!