A short list of credits from our past and present judges. 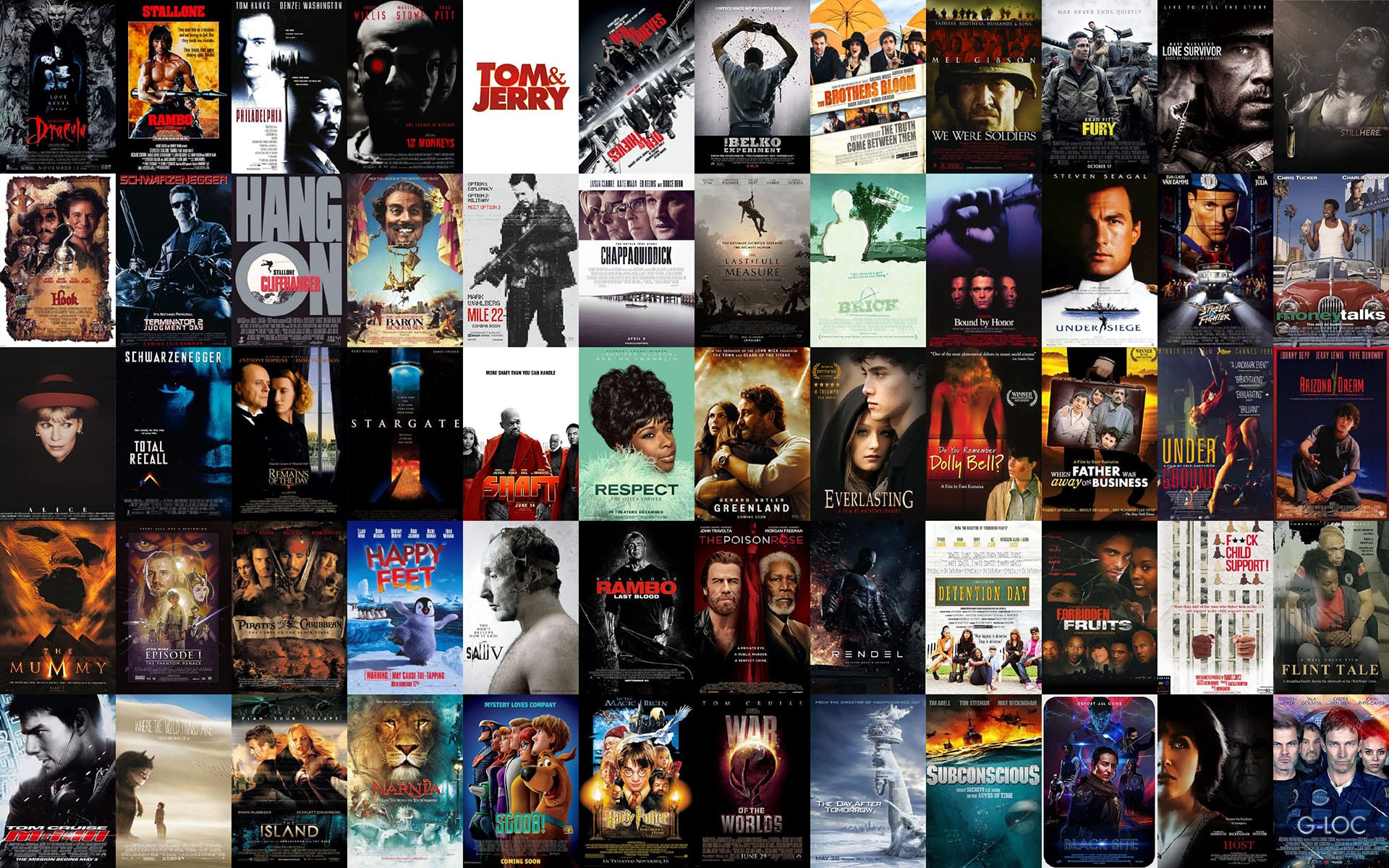 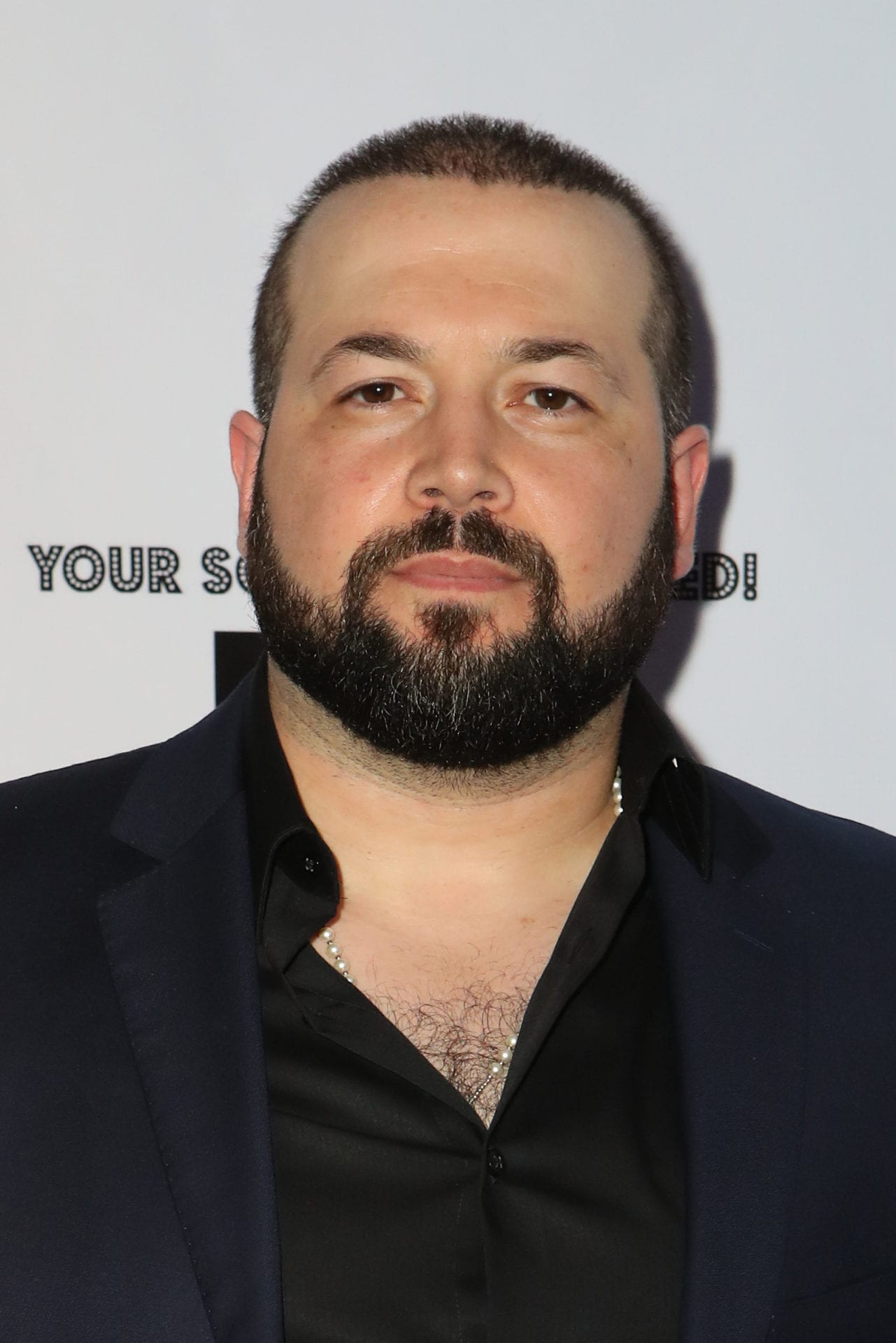 Grew up in the inner city of Detroit, Michigan. His ocean sized appetite for Making Features and Tv Shows, and burning desire to succeed motivated him to learn the foundation and necessary skills to become a Financier / writer / producer. What began as a hobby, turned into passion, and now risking it all to turn it into a profession.

There is no greater success than helping a creative writer/filmmaker get discovered and get produced. “Successful people are those who helped others succeed” is the mindset and slogan Doval and his father always believed in. Together, in January of 2018, they founded what would later become known as “Your Script Produced!” Studios. Debut of Season 1 & 2 of International Feature / Pilot / Shorts Script Competition. Hollywood’s unparalleled Event where the winners receive their ultimate dream shot: Producing the ultimate grand prize Feature/Pilot/Shorts winning scripts.

“Your Script Produced! Studio” is a platform that is dedicated to giving the ultimate shot to creative filmmakers/writers, on a global scale, that the entertainment industry refused to give him/her the opportunity, to get discovered and launch his or her career. Finally, talented filmmakers will have their shot to show their skills to the entire world.

Season 1 winners have been chosen. Doval Bacall, under his Doval Bacall Films Banner, will produce the Grand Prize Feature winner of Season 1, Ted Campbell, Feature-Crime-thriller, to be produced in 2021 for a starting budget of $250,000.00. Ted’s dream is to produce his feature script, and after working behind the scenes on over 100 features and pilots, Your Script Produced! Studio will change his life forever! Producing his first feature script! Tv grand prize winners and Category finalists, for both Feature & Tv, will be optioned for 12 months with one year renewal. The goal is to develop the scripts and potentially help produce and launch the writers career in the Entertainment Industry. 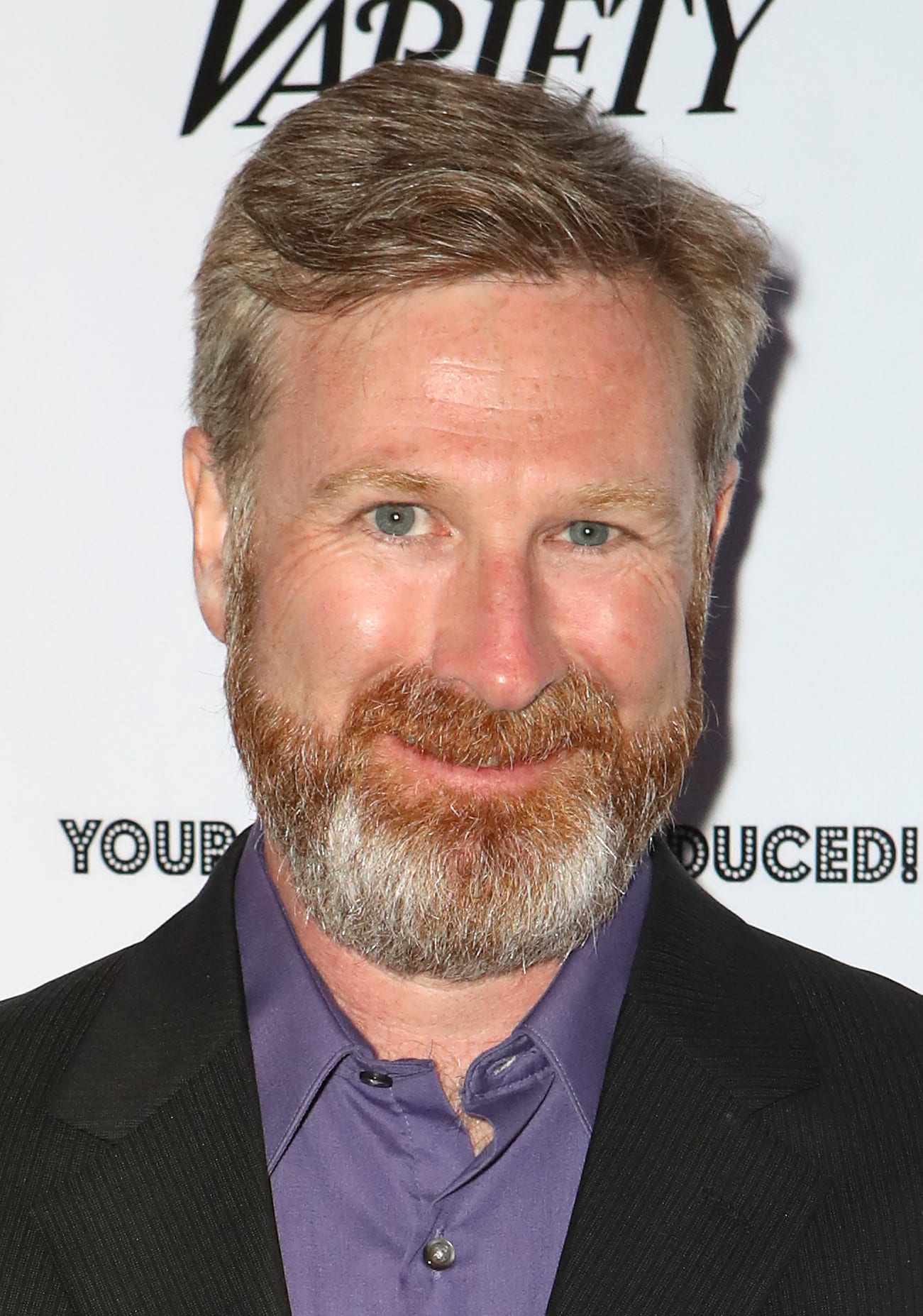 Originally from Boston, Mass, Ted Campbell is a screenwriter and director who specializes in thoughtful, character driven thrillers. His heist thriller "Underground" has been optioned by producer Ellen Wander of Film Bridge International in partnership with Kieran Corrigan of Merlin Films. His contained, crime thriller “Blue Motel” won the Ultimate Grand Prize in "Your Script Produced!" International Script Competition. "Blue Motel" will be produced by Doval Bacall Films in 2020-2021.

A twenty year veteran of the film industry, Ted has worked as a First Assistant Director on over fifty independent feature films including Dwight Little’s “Last Rampage”, Lea Thompson’s “The Year of Spectacular Men” and Wash Westmoreland and Richard Glatzer’s Sundance award-winner "Quinceañera.” 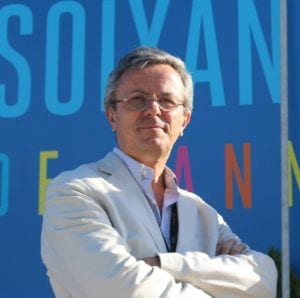 Online pioneer:
He co founded filmfestivals.com which regularly partners with the largest festivals and
markets (Cannes, AFM, Toronto, Locarno, Venice...) and has served over 6.000 festivals
worldwide and a community of 370 000 unique monthly visitors, and newsletter subscribers
base of 193 000. The company was one of VOD international pioneers (2001) and has opened a film and festival matchmaking community leading the way of many digital new developments in the industry. 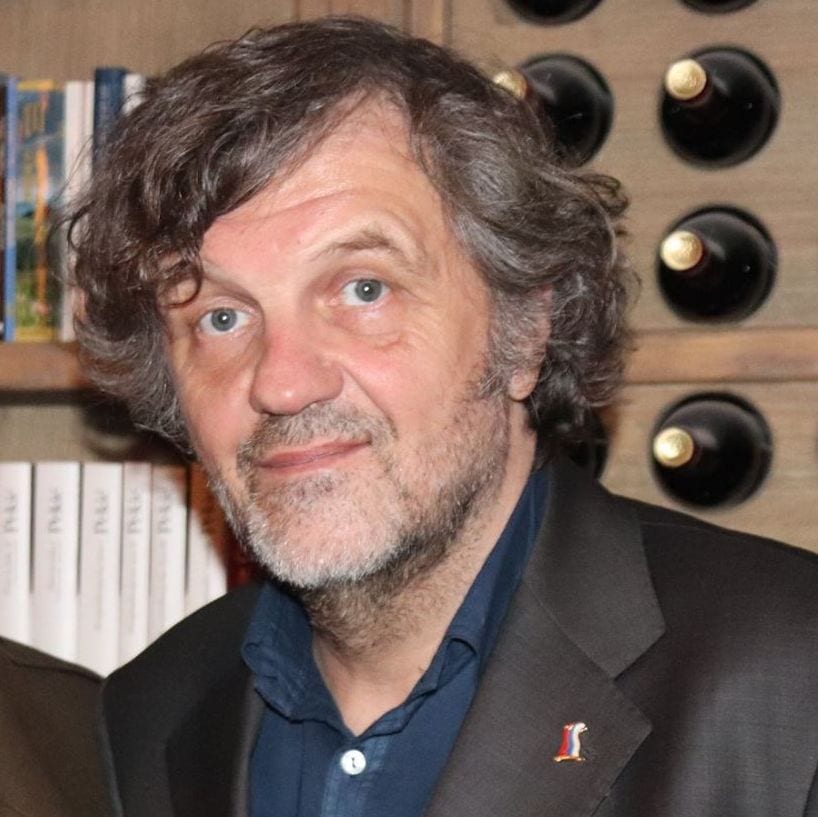 Emir Kusturica - Director / Writer
Directed several TV movies in his hometown, Sarajevo. In collaboration with the screenwriter Abdulah Sidran in 1981, he made the successful feature debut Do You Remember Dolly Bell? which won the Silver Lion for best first feature at the Venice Film Festival. Their subsequent work, human political drama When Father Was Away on Business unanimously won top prize at the 1985 Cannes Film Festival as well as FIPRESCI prize and was nominated for the Best Foreign Language film Oscar.

In 1989 he won the Best Director award at Cannes for Time of the Gypsies, a film about the life of a gypsy family in Yugoslavia scripted by Gordan Mihic. His first English language movie, Arizona Dream starring Johnny Depp, Jerry Lewis and Faye Dunaway and scripted by his USA student, David Atkins was awarded the Silver Bear at the 1993 Berlin Film Festival. Underground, a bitter surrealistic comedy about the Balkans, scripted by Dusan Kovacevic, won him a second Palme d'Or at the Cannes Film Festival in 1995. 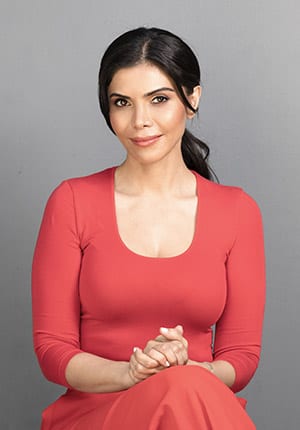 International actress, producer, advocate and humanitarian. She landed her first role as an FBI Agent in the highly successful franchise “Saw V” (2008) directed by David Hackl. Shah just finished filming a recurring role in the Viaplay and Tele Munchen’s high profile series PROFESSIONALS. Shah will star in a supporting role in the thriller Tomorrow’s Taken and an upcoming Tony Kaye project. She is also involved in producing feature films involving mental health and violence against women and girls.

Sheila is focused on projects with social impact and social change. Sheila is the Ambassador of March of Dimes of Canada. She is also an Advocate for CARE to help fight poverty by empowering women and girls. Sheila is a strong advocate and an ambassador of White Ribbon USA and White Ribbon Canada, which is the largest in the world MALE initiative, to help against violence towards women and children. 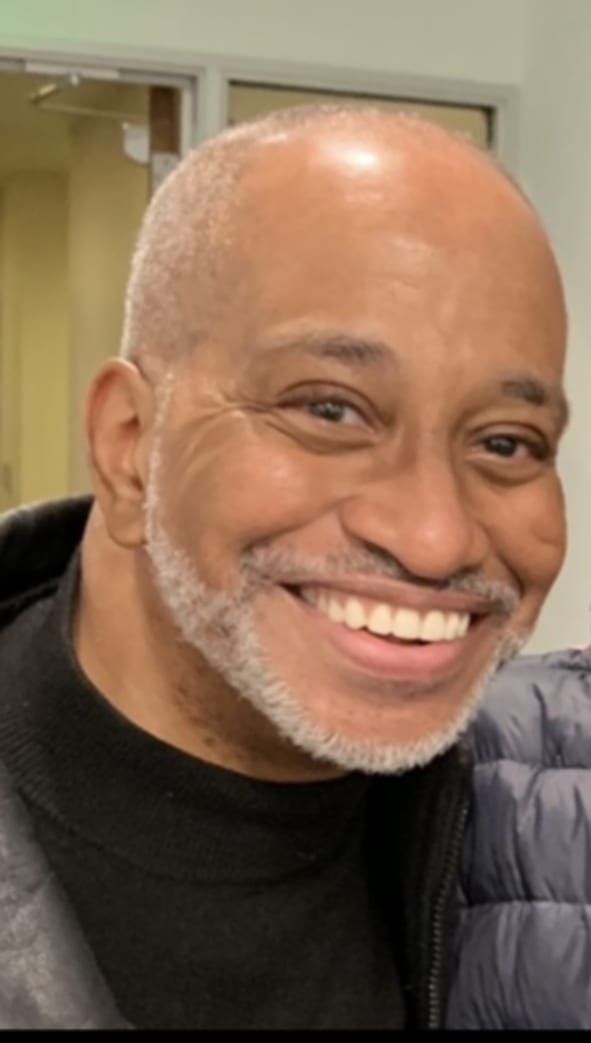 Owner and CEO of Backstory Entertainment, Inc. He works with a team of associates toproduce film, television and multimedia projects for advertising agencies. production studios an independent filmmakers. He is also an Addy Award-winning creative director/art director/producer and illustrator.

His IMBd page includes his storyboard work on such films and series as The Last Full Measure, Shaft, Den of Thieves, The Watchman, Raising Dion and several of a series of Dolly Parton stories for Netflix. With his business partner, Stuart Lowder, he is developing a series a projects in which they serve as producers, as well as creative directors.

Mckissick has a keen cinematic eye and a powerful shrewdness for entrepreneurial ventures. He works with writers, producers, VFX producers, directors, cinematographers and editors in all aspects of productions, from beginning to end. For more than 35 years he has worked with creative teams to produce concepts for branding, storyboards, story reels, animatics, title designs, previs, VFX shots and practical shots, music, editing, casting, etc. His cinematicstyle is so strong that directors have often taken his vision 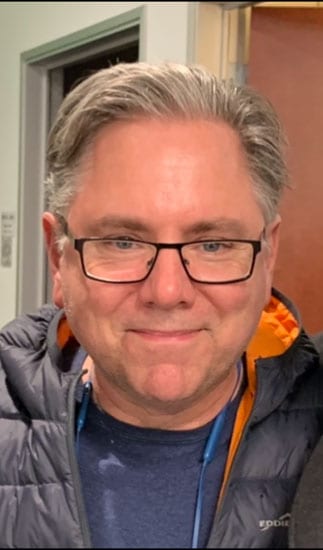 With over 30 years of experience managing creative functions in film, animation, and
visual effects production, Stuart is well known for building and managing highly productive and creative teams. Starting as an animator in the '80s, Stuart worked on Fox's TV series Peter Pan and the Pirates. In the '90s, he became an Art Director for Broderbund Software, where he oversaw the design and development teams for Where is in the World is Carmen
Sandiego and was instrumental in establishing Broderbund's entertainment division Red Orb.

Working at Lucasfilm's ILM from 1998 until 2006, Stuart designed artist and animation
teams for more than 30 feature films, including Star Wars, Harry Potter, and Pirates of
the Caribbean. While at Sydney, Australia's Animal Logic, Stuart was the Animation Production
Manager for the Academy Award-winning animated film Happy Feet. Since that time,
he has worked on: Where the Wild Things Are, Escape from Planet Earth, SCOOB
(Scooby Doo's first fully animated feature film), as well as the development of Space
Jam 2 and Tom and Jerry for Warner Bros. Animation Group.

Most recently, Stuart has been working with Backstory Entertainment in Atlanta on the
development of a hybrid animation / live-action film entitled Believe. 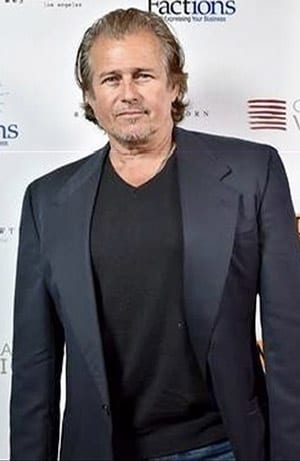 Living in Los Angeles, Ca. He was a series regular in one of producer Jerry Bruckheimers' first TV series "Soldier of Fortune inc., and many other film and TV projects such as,"We Were Soldiers....", "Hatfield’s & McCoys: Bad Blood”, “Sniper: Special OPs”, “NCIS", "CSI:NY", "CSI:Miami","Sons of Anarchy", “Criminal Minds”, “Z Nation”.

Tim just completed filming his fourth Western “Shooting Star” as well as the holiday film, “There Will Always Be Christmas”......he is also currently Executive Producer along with Rob Van Dam, on Eric Beaches “Still Here” an important documentary about a soldier who survived being shot in the face and potential suicide by pursuing his dream of becoming a WWE wrestler. Tim also has a Netflix series in development as well as 3 reality based series. 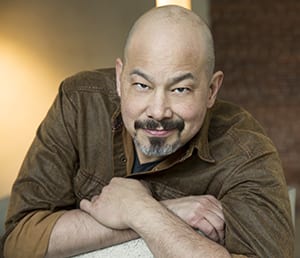 A well-rounded career in arts and entertainment. He has acted in numerous projects for both screen and stage, including guest starring in 2019 on Hawaii Five-0 and NCIS and is currently recurring on season 5 of Amazon Studios' critically acclaimed police procedural Bosch.

He has written, directed, and produced for a number of live plays and events and is currently writing a stage play and screenplay, each to be produced in 2020. Throughout his 25-year career, he has continually been a voice for an inclusive industry. 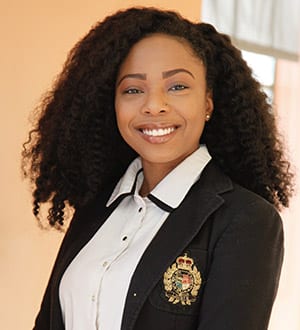 Coming from a business and legal background, Martina Williams is a Los Angeles based literary manager with Emagine Content. She has an entrepreneurial spirit with a creative mind and represents like-minded writers of all genres. 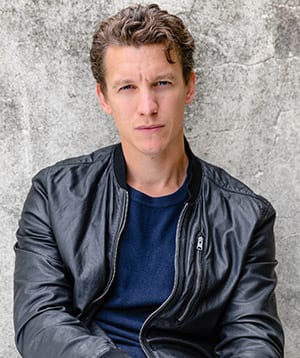 An upcoming British award winning actor. Mike is a third generation actor, brother Simon Pegg. Mikes debut feature film was Subconscious (2013), his next feature film was Redwood (2017) which Mike won Best Actor at the British Horror Film Festival 2017 and for which it also won Best Thriller at the National Film Awards 2018, for which Mike was also nominated for Best Actor. Recently completed the newly released feature “The Host” (2020). In pre-production “G-Loc” (2020).

Recent breaking news: Mike has boarded the new feature opposite Billy Zane in “Waltzing With Brando” (2021). 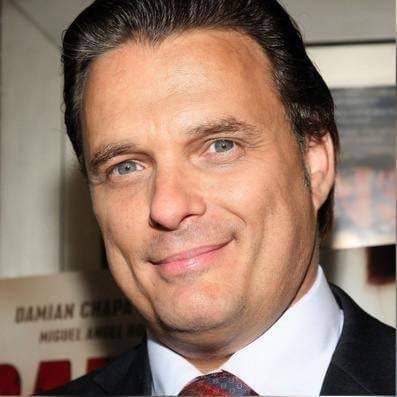 An American actor, film director, and producer. He is famously known for appearing in the 1992 film, Under Siege Steven Seagal. Additionally, he appeared in Money Talks with Chris Tucker and Midnight Blue with Dean Stockwell. He has written and directed Kill You Twice starring his Ex-wife Species star Natasha Henstridge, And the Lead in footsteps with his Ex- Karina Lombard. Chapa was chosen this year out of many actors to do a cameo in Woody Allens new film 2020 release: Rifkens Festival being shot in Spain. Chapa plays a producer at the festival.

Damian is most noted as starring in Taylor Hackford's Blood In blood out where he played the half anglo half Mexican leader of the Mexican Mafia that film has earned cult status.
Chapa was cast as Ken Masters with the late Raúl Julia’s final film Street Fighter also starting Kylie Minogue based on the video game Street Fighter II: The World Warrior.
Damian Chapa has also starred along side and directed films with: Faye Dunaway- Stacy Keach-Daryl Hannah-Brad Dourif- Tommy Lee Jones-Robert Wagner and many more. 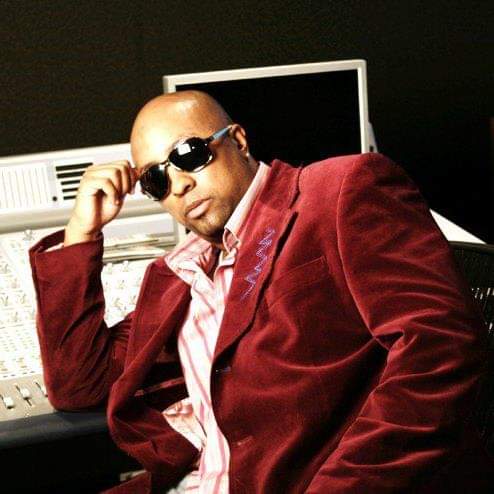 Exploded onto the scene as an urban promotions representative for major and indie record labels such as MCA, JMJ / Def Jam, Relativity, and Suave House Records. He has worked with such artists as New Edition, GUY, Mary J. Blige, 8 Ball & MJG, Fat Joe, RUN DMC and Jam Master Jay. Along with the late great Jam Master Jay, they began developing new artists such as 50 Cent.

Maddin has done urban marketing across the country for film giants Lions Gate, Foxatomic, Paramount, and Tyler Perry Films. After solidifying his mark in the music and entertainment industry, he founded The Al Maddin Management Group. 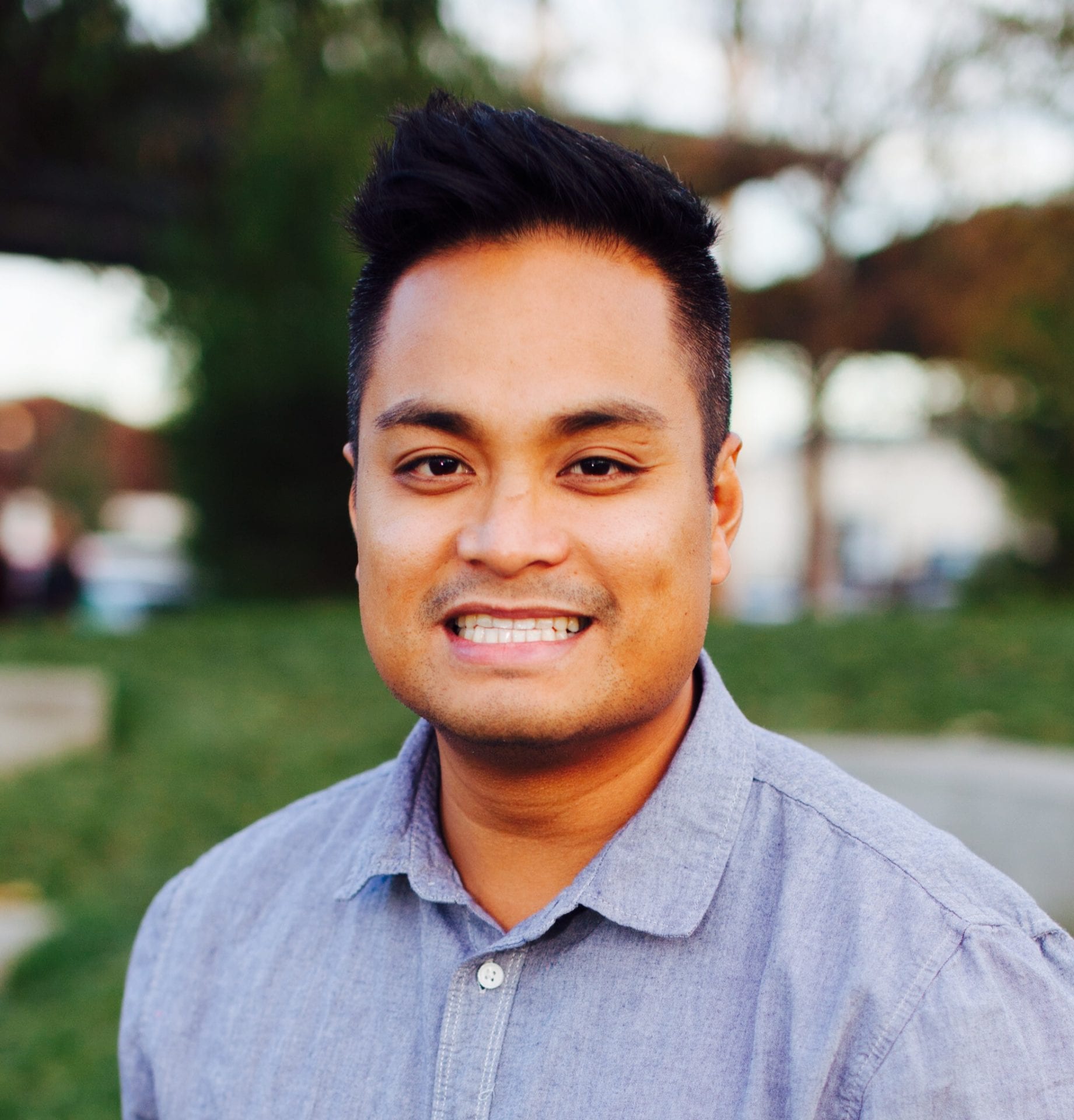 Francis Cullado is the Executive Director for Visual Communications, a
media arts organization that develops and supports the voices of Asian
American & Pacific Islander filmmakers and media artists who empower
communities and challenge perspectives.

He began his service at Visual Communications as a Getty Multicultural Undergraduate Intern in 2002. Since 2010, Francis has worked with VC and their annual Los Angeles Asian
Pacific Film Festival through various capacities such as the Development Director, Operations Director, and Festival Director.

He is a graduate of California State University, Long Beach with a B.A. and M.A. in Asian & amp; Asian American Studies, with a focus on cultural arts & amp; performances, history, and human geography.